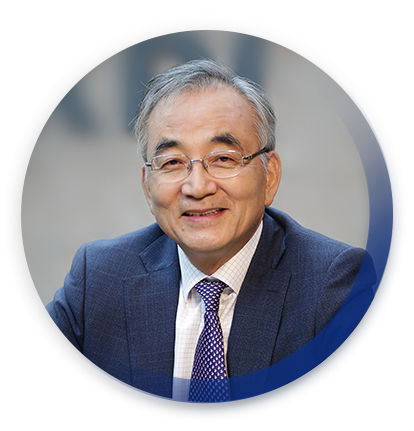 Currently the President of Korea Development Institute (KDI) and KDI School of Public Policy and Management, Jeong Pyo Choi served as Dean of the College of Economics & Commerce at Konkuk University and six years as the Non-standing Commissioner of the Korea Fair Trade Commission (KFTC). He was also an assistant professor at Washington & Jefferson College; visiting professor at The University of Tokyo and; an economics professor at Konkuk University. Dr. Choi received his Ph.D. in economics from State University of New York at Binghamton and B.A. in economics from Sung Kyung Kwan University. His research encompasses industrial organization, economics of regulation and international trade and finance. 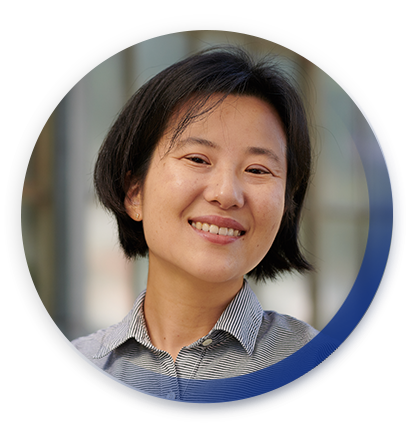 Sooinn Lee is co-founder and CEO of Enuma, an education technology company with offices in Berkeley and Seoul. She designs exceptional learning apps that empower ALL children — including those with special needs or without access to resources — to become independent learners.

Most recently, Sooinn led her team in the creation of Kitkit School, a comprehensive math and literacy learning suite for children in developing countries, which went on to win the $15M Global Learning XPRIZE competition. Before Kitkit School, she produced the award-winning and chart-topping Todo Math and Todo English, which has seen more than 8 million downloads worldwide, and designed the Project Injini series for young children with special needs.

Sooinn was named a Schwab Foundation's 2020 Social Entrepreneur of the Year and Ashoka Fellow (2017) for her ongoing work in bringing accessible, quality education solutions to children around the world. 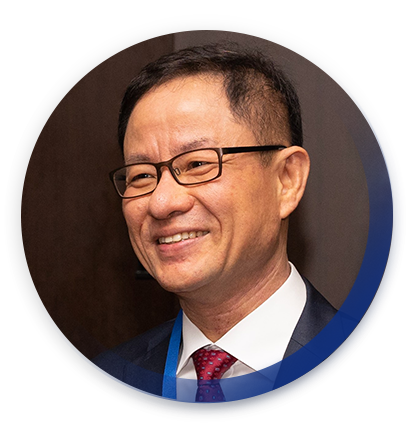 Sanghoon Ahn is the Executive Director of the Center for International Development at the Korea Development Institute. His research interest is in international economics, economic growth/development, technology & innovation, public investment, productivity. Apart from his career working as the fellow of Korea Development Institute, he worked as the Senior Adviser to the Deputy Prime Minister, Ministry of Economy and Finance. He also worked as the economist at the Economics Department, OECD from 1997 to 2001 and as the Senior Economist at the Directorate for Science, Technology and Innovation, OECD from 2013 to 2015. 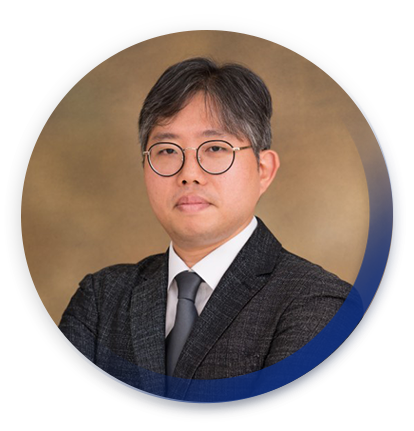 Director of Center for Science, Technology and Innovation Policy

Director of Graduate School of Management of Technology

Joon Mo Ahn is an Associate Professor at Graduate School of Management of Technology and a Director of Research Institute of Technology Management, Sogang University (Korea) and an Academic Collaborator at the University of Cambridge (UK). Prior to joining academia, he worked for Korean government agencies, such as the Small Medium Business Administration and the Ministry of Education, Science and Technology, where he engaged in the development of innovation policies. He has a BSc in Chemical Engineering from Seoul National University, Korea and a Ph.D. from the University of Cambridge, UK. His current research is focused on open innovation in small firms, digital transformation, innovation policy and entrepreneurship and he has published many academic articles in innovation journal, such as Industrial Corporate Change, Technovation, Industry and Innovation and R&D Management. 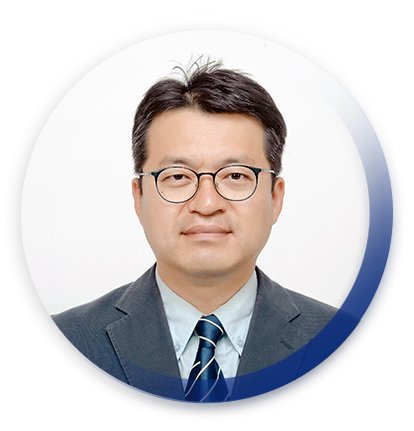 Dr. Song Chang Hong is the Director of Development Research Division in Center for International Development (CID), Korea Development Institute (KDI). He is responsible for planning and managing researches on development and also cooperation projects with multilateral development banks, UN agencies, and partner countries through various modalities including Knowledge Sharing Program (KSP). His main area of interests are the design and implementation of innovative development projects harmonizing sustainable development goals with private sector engagement, and global value chains. Before joining KDI in 2014, he worked as policy advisor to the Minister of Education, Science and Technology (2010-2013), an Assistant Secretary at the Office of the President (2008-2010), and legislative advisor in the National Assembly (2004-2008). He published several books and articles on human capital policies, research and development (R&D), productivity, and technical education and vocational training (TVET), including the recent one titled Human Capital and Development: Lessons and Insights from Korea’s Transformation (2018). He obtained his Master’s Degree in Development Economics in 2000, and his Ph.D. in Education in 2010. 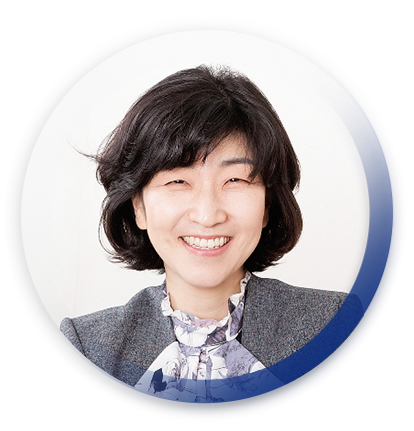 Miseon Park is a research fellow at Housing Research Division of Korea Research Institute for Human Settlements, a government think tank founded in 1978.

She holds a Master in Urban and Regional Planning at the Seoul National University, and Ph.D. in Urban Affairs and Public Administration at Cleveland State University. Her research interests include housing policy, public rental housing, housing voucher program, and international development in housing field. Recently, she has been in charge of research to draw public rental housing policy recommendations for Latin America and Caribbean Countries from Korean experiences.

She is the one of the main authors of several papers including Housing Policies in the Republic of Korea (2016, ADBI) and Housing Dynamics in Korea: Building inclusive and smart cities (2018, OECD).

She has worked for Korean government and public agencies including Prime Minster Office, Ministry of Land, Infrastructure and Transportation, Ministry of Economy and Finance, Ministry of Health and Welfare, etc. 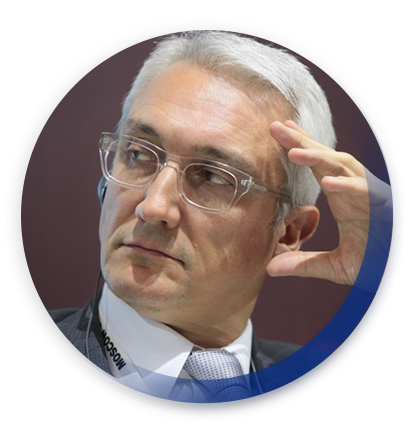 Dr Rudiger Ahrend is Head of the Economic Analysis, Statistics and Multi-level Governance Section in the OECD Centre for Entrepreneurship, SMEs, Regions and Cities. In this capacity, and in his previous role as Head of the Urban Programme, he has been supervising numerous projects in a wide area of subjects, including on industrial transition, regional and urban innovation and development, subnational finance, spatial productivity, metropolitan governance, land use, land value capture, housing, green growth, climate change, transport, metropolitan governance, and national urban policies. He has also supervised numerous reviews and case studies of regions and major metropolitan agglomerations, and is the main author of “The Metropolitan Century: Understanding Urbanisation and its Consequences”. During his time as Head of the Urban Programme, Dr Ahrend was also in charge of the OECD Working Party on Urban Policies, as well as the OECD Roundtable of Mayors and Ministers.

At the OECD, where he started as an official in 2002, Dr Ahrend worked as a Senior Economist in the OECD’s Economic Department and as Head of the Urban Programme in the Directorate for Governance and Territorial Development. Prior to joining OECD, he worked as a researcher and independent consultant. In addition to his work on OECD countries, he has extensively worked on Russia and other emerging economies. In addition to his OECD work, Dr Ahrend has published widely, both in academic journals and newspapers.

Rudiger Ahrend holds a PhD in Economics from the London School of Economics, as well as degrees in Social Sciences and Mathematics from the University of Göttingen, Paris-IX Dauphine, and the Sorbonne. 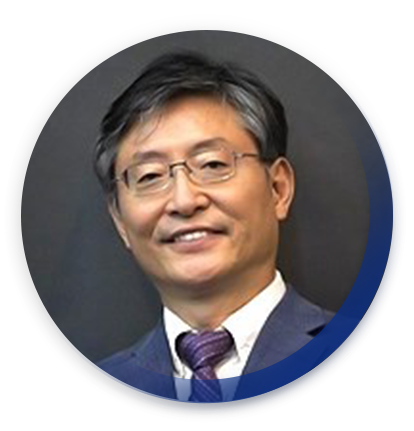 Dr. Sang Keon Lee is a Senior Research Fellow in Global Development Partnership Center (GDPC) and the former Director of the National Infrastructure Research Division at Korea Research Institute for Human Settlements (KRIHS). He received his B.S. in Architectural Engineering and M.S. in Urban Planning from Yonsei University, Seoul, Korea. His Ph.D. was in Civil Engineering from Virginia Tech, Blacksburg, U.S. where he studied ICT application to transportation sector. He is acting as Korean head of delegation at ISO/TC204 and Smart City Master Planner of Sejong city. During the last 32 years, Dr. Lee has explored widely in the fields of Intelligent Transportation Systems and ICT; and his current research interests are globalization of smart city technology for developing countries and smart camp development for UN Peace Keeping Operations. 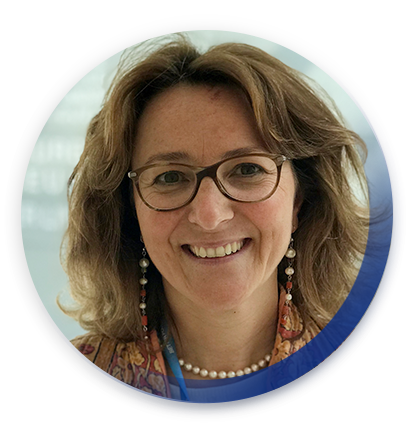 Alessandra Proto is the Head of the OECD Trento Centre for Local Development, based in Italy, where she has been working since its establishment in 2004. She supervises the OECD Trento Centre activities, including the Spatial Productivity Lab and the capacity building initiatives. Previously, as policy analyst, she managed numerous projects on capacity building and local development, developed thematic research and reviews including on culture, creative industries and local development. She holds a degree in Economics of Public Administration and International Institutions from the University L. Bocconi of Milan.